Focused on Education – iStudyXR is perhaps the most advanced Learning Management System on the planet.

InventXR is now ready to rock the education world.

At Stanford University, one of the youngest fellows was a high school student from Gunn High School, Lucas Evans. In a Moonshot course taught by Esther Wojcicki and Freedom Cheteni, Lucas became a teaching assistant in a journal publishing module. During that time, the Stanford Designership Lab was founded with the intention to extend Stanford’s impact beyond Palm Drive by engaging high school design fellows. Upon being named a Stanford fellow, Lucas wanted to change technology for learning. Gunn was using 2 learning management systems almost every student, parent and teacher hated. Some teachers called the teachers union as they felt the systems were wasting their time. This became part of Lucas’s award-winning Economics capstone project as well as a Stanford Lab initiative in which he was named CTO. Early 2019, Lucas and Bob (our mentor) decided to help Zimbabwe after the Minister of Education reached out to InventXR to help modernize the country’s education system. We invited Minister Paul Mavima to Silicon Valley where we agreed to install iStudyXR for our beta testing in Zimbabwe. Our mentor, Bob, invested all resources for our small startup and agreed to meet Zimbabwe’s Minister of Education to hear the needs of the country. InventXR decided to travel to Zimbabwe where Bob and Lucas spent two months. Unfortunately, when Bob and Lucas arrived in Zimbabwe, government dealings didn’t go as promised due to obstructions and greed. This was no surprise, but our mentor had a backup plan which culminated in the creation of InventXR Zimbabwe in partnership with Dandemutande, a well-established local ISP.

On our trip to Zimbabwe, in 2019, Lucas and Bob visited villages to understand where Freedom, our Chief Education Officer grew up as a child. We created a tiny server that can handle 1000 students and can provide the iStudyXR platform to rural village children, very economically. We learned more about the needs there and created a complete system with the harsh summers and no electricity in mind. We believe this will revolutionize village/remote education on our planet. (insert link for presentation) Bob taught Lucas that where the brightest are born we may never know and that in this life people become products of their environment and a brilliant mind can be lost or trapped. Lucas, Freedom and Bob started building what we call the ZEN (Zimbabwe Education Network) and to reach children in the most remote villages, we built the MicroZEN. (insert photo of ZEN) We have a complete network plan to record grades and discover who the bright minds are in Africa. In Zimbabwe, we had the fortune of meeting a professor from MIT, Clapperton Mavhunga. We began helping MIT make farming data, support and information available in Zimbabwe. MIT is also using an InventXR server. 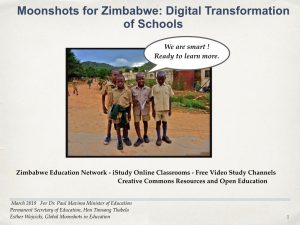 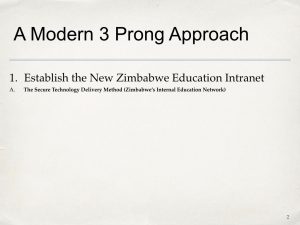 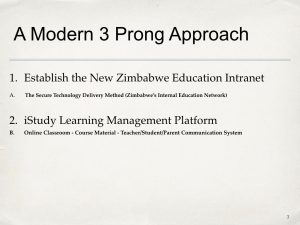 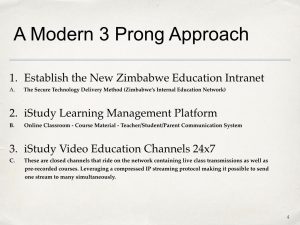 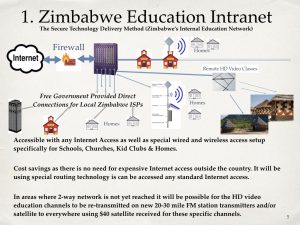 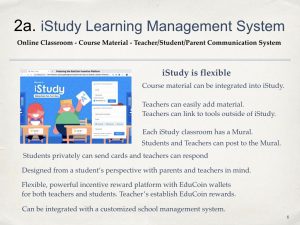 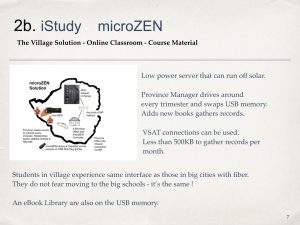 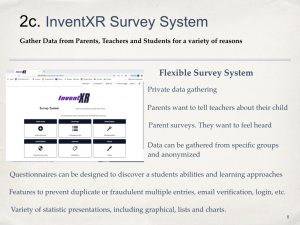 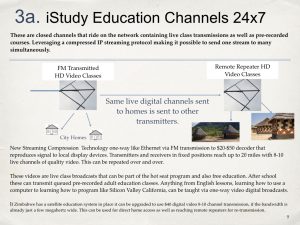 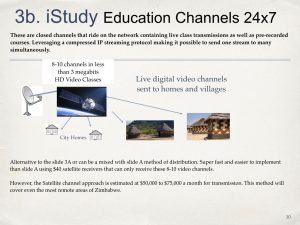 As a result of the successful install of the ZEN, an online teaching induction pilot was designed and launched on iStudyXR by the National University of Science and Technology (NUST) faculty and InventXR. Participants were recruited from Zimbabwe, South Africa, Botswana, Zambia and, Malawi. They consisted of 87 teachers (primary and secondary) and 31 lecturers (university, polytechnics, agriculture colleges, teachers colleges). Further, thousands of students were enrolled in the iStudyXR cloud that InventXR setup in Zimbabwe. Users found that learning happens best when instruction is personalized to meet the needs and strengths of each learner, individual progress is tracked, and prompt feedback is provided using multiple communication channels. Our beta testers found that iStudyXR provided tools for targeted use of interactive instructional content that created an immersive, non-linear environment, engaged students and improved learning and understanding. Many teachers and students are still on iStudyXR and are requesting to have the system rolled out in their institutions.

Upon installing in Zimbabwe and during beta testing, our mentor discovered the Stanford Lab students had done a good job at designing the initial concept buggy software. Our mentor further determined that the Stanford students’ code had some shortcomings issues to scalability for a market of millions of students.

Upon returning from Zimbabwe, we hired a company that Bob was familiar with to rewrite the code for cloud scalability of millions of simultaneous users.  While rewriting we fixed bugs then added several improvements and features. One of these features included a bullying detection awareness check. Another update is an incentive system blockchain currency that expands teaching ability where students are incentivized by using the EDUCOIN marketplace. Another progressive step is that the United States Government provided InventXR the exclusive trademark for EDUCOIN in Class 41 for education. The upgraded new software was remotely uploaded to the ZEN in Harare for further testing. It has been up for more than a year without failure.

Between the rewrite of code and the successful acquisition of the EDUCOIN trademark, we are now ready to raise operations capital.

Freedom is an education rockstar: Here he is with Esther Wojcicki giving a Moonshot certification to 42 Silicon Valley. An awesome coding school. Here is a link to Esther’s latest book.

We thought a CEO with 3 degrees and experience in teaching at middle school to college levels was great. Unfortunately, we received hints from prospective investors that the CEO needed more business skills instead of a heavy academic background. As a result, we went through a reorganization from a management perspective. InventXR undertook the next logical step in its own evolution. We made choices to strengthen our ability to deliver commercial success to realize future innovation breakthroughs and produce shareholder value. As part of our reorganization, Freedom became our Education Officer, with Bob Evans (Bob’s linked in profile) becoming the CEO. In time, we expect Lucas (whose vision inspired InventXR), to become CEO once he finishes Business School (currently at Menlo College in Atherton). Bob will then become a working advisor, chairman, or some sort of similar position.

Freedom is the CEO of InventXR Education Fund. This is how we will continue with Zimbabwe and other 3rd world countries. Here are letters of our involvement with the United Nations (U.N. organizations) that have watched out Zimbabwe progression.

We had great interest in companies providing hardware that can be used for iStudyXR. One of the reasons is that other charitable organizations and individuals including the United Nations have comfort in a CEO from the academic world. Freedom has been working with the UN. The UN has expressed interest in helping to pay for  installing our rural village versions of microZEN with the new iStudyXR (see UN letters above). You can see our solution to an 3rd world countries education need. Below is the Zimbabwe slide presentation.

We will utilize some of the funding to hire an accountant to turn this up properly as a 501c(3) . As we only have so much human bandwidth today, this was postponed. We have not taken donations. The non-profit will not be a liability. It will enhance opportunities. Money for inventXR investors will only be spent on legal and tax paperwork for the foundation.